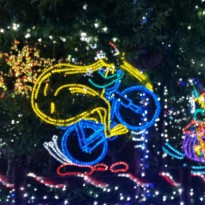 I watch a lot (but not on youtube) and I read a lot (and I also eat a lot...) that is about all you need to know. Oh and I like getting outside and hanging out with friends

If You Could See Me Now This was not my favourite book of the year by a long way. I struggled with engaging with the main characters and the language was missing a descriptive element for me. I enjoyed the overall message/story but I felt it could have been much sharper and more engaging. I didn't find the main character very likeable (which I understand was the point initially but I expected her to grow on me). There was a bit too much "oh look what we know that you don't" going on as well, so we were shown aspects of the situation she was not aware of like it was a good thing which made the book quite simplistic.

I felt there could have been a great deal more family interaction rather than a focus on the couples that were/weren't unfolding. I did however really like the other smaller parts and felt some of them could have made really good novels in their stories (is it wrong to wish for the story of the characters who only just appear now and again?)

Overall if you like the author you will persist but I don't believe it was her best work for me.
Tweet
542 BOOKS

The Purpose Driven Life: What on Earth Am I Here for?
Rick Warren

Robot Coconut Trees: Break Through Writer's Block, Unleash Your Creative Voice, and Become the Writer You Already Are
Kelsey Horton

The Ocean at the End of the Lane: A Novel
Neil Gaiman, Neil Gaiman

One Summer In France
Bev Spicer